There are two types of basic methods that are used for solving any electrical network  Nodal analysis and Mesh analysis. In this article, we are going to discuss the Nodal analysis method.

In Nodal analysis, we consider the node voltages with respect to Ground. For that Nodal analysis is also called a Node-voltage method

Nodal analysis is a process that provides a general system for analyzing circuits using node voltages as the circuit element Nodal Analysis is also called the Node-Voltage Method.

The Node Voltage Method is an organized method of analyzing a circuit. It is based on Kirchhoff’s Current Law.

Types of Nodes in Nodal analysis

1.  Chassis Ground – This type of reference node acts as a common node for more than one circuits.

2. Earth Ground – When the earth potential is used as a reference in any circuit then this type of reference node is called Earth Ground.

The element voltage that appears across the terminals of a single element called a branch voltage. When we use the word node voltage, we are referring to the potential difference between two nodes of a circuit. 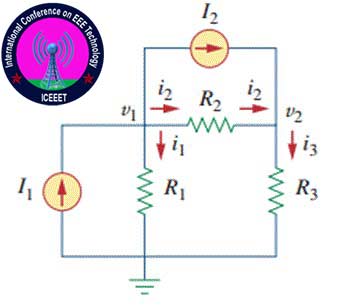 Node Always assumes that current flows from a higher potential to a lower potential in the resistor. Hence, the current is expressed as follows

Explain Briefly With a Mathematical Example 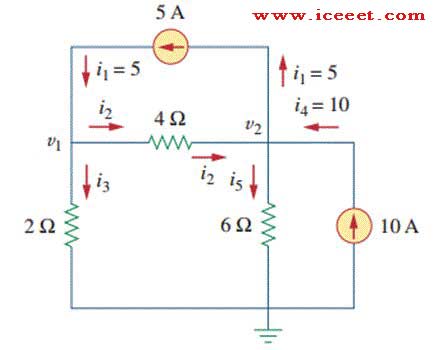 Calculate Node Voltages in the given circuit.

In the given circuit, we have 3 nodes from which one is the reference node and the other two are non-reference nodes Node 1 and Node 2.

Step 1. Assign the nodes voltages as V1 and V2 and also mark the directions of branch currents with respect to the reference nodes. 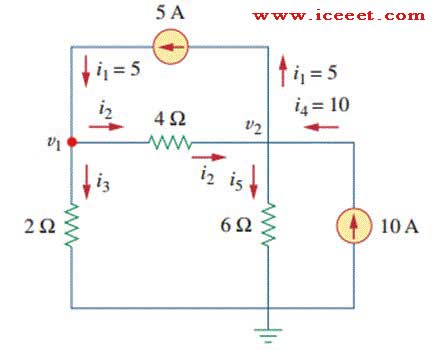 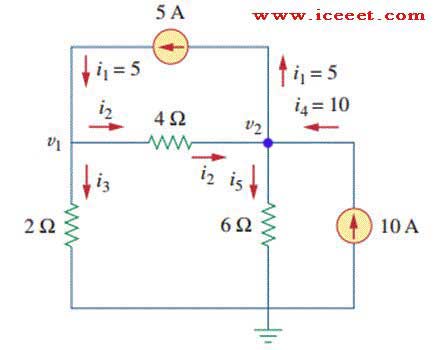 Simplifying the above equation we get

Simplifying the above equation we get

Now substituting value V2 = 20 Volts in equation 3 we get

Case 2. If the voltage source is between the two non-reference nodes then it forms a Supernode whose analysis is done as follows.

We used the relationship between the two nodes of the floating battery to generate a term to put in the KVL equation, plus an extra equation. Some textbooks call this a supernode. In the preceding discussion, we could have used that word, but we just resorted to our creativity to work through the puzzle. 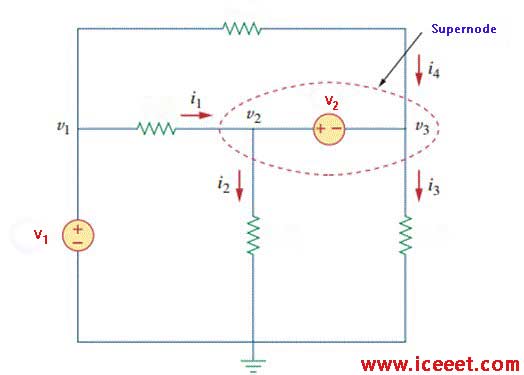 In the above Figure source, V2 is connected between two non-reference nodes Node 2 and Node  3. So here Node  2 and Node  3 form the Supernode. 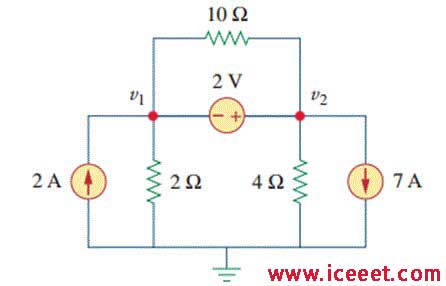 Here 2V voltage source is connected between Node-1 and Node-2(pointed red) and it forms a Supernode with a 10Ω resistor in parallel.
Note – By connecting any element in parallel with the voltage source forming Supernode doesn’t make any difference because V2– V1 = 2V always whatever may be the value of the resistor. Thus 10 Ω can be removed and the circuit is redrawn and applying KCL to the supernode as shown in figure gives 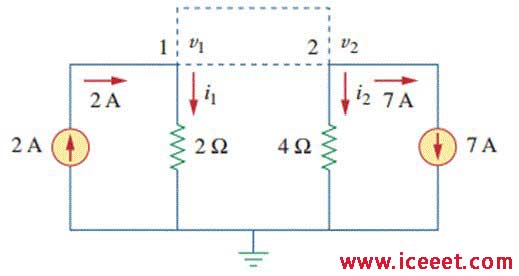 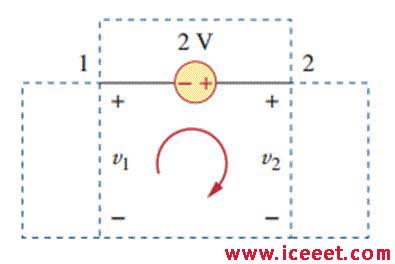