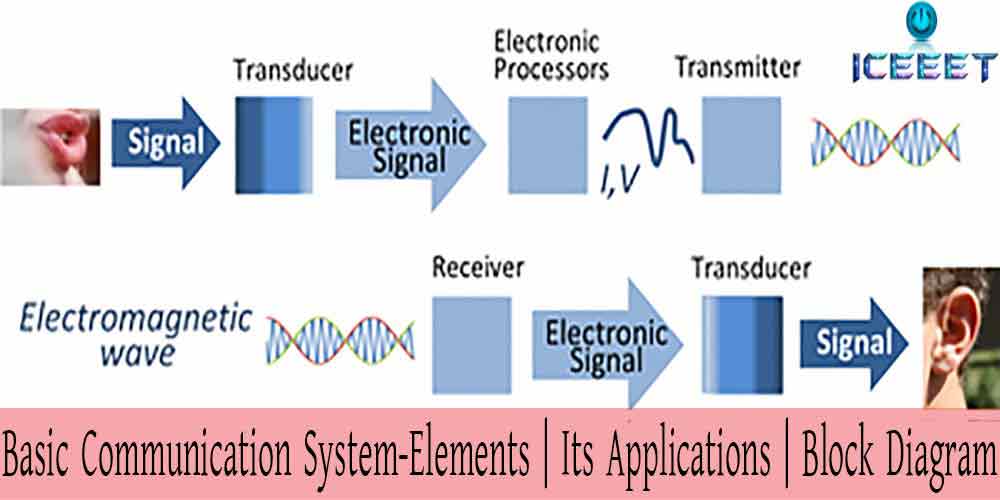 The basic communication system consists of information/data transmission from one point to another like that the original/main information signal is passed through various stages and then undergoes so many changes in its orientation and features because of noise and attenuation. Moreover, in order to provide safe and faster communication.

Communication is simply the basic process of exchanging information/data.

The communication system is a device used in the transmission of information/data from one place to another. The nature of communication may be electrical, electronic or optical etc.

There are two basic modes of communication System:  Point-to-Point and Broadcast.

2. In the point-to-point communication mode, communication takes in place over a link between a single transmitter and a receiver.

Telephony is an example of such as a mode of communication.

In the most elementary sense, communication involves the transmission of information/data from one point to another through a succession of the process as listed below :

Fig. (i) shows the block diagram of a general communication system, in which the different functional elements are represented by blocks.

The necessary components of a communication system are an information source, input transducer, transmitter, communication channel, receiver, and destination.

Now, we will discuss the functioning of these blocks.

In general, there can be different messages in the form of words, groups of words, code, symbols, sound signals, etc. However, out of these messages, only the desired message is chosen and communicated.

Therefore, we can say that the function of the information source is to produce the required message which has to be transmitted.

The input can be in any energy form (temperature, pressure, light) but for transmission purposes, this needs to be converted 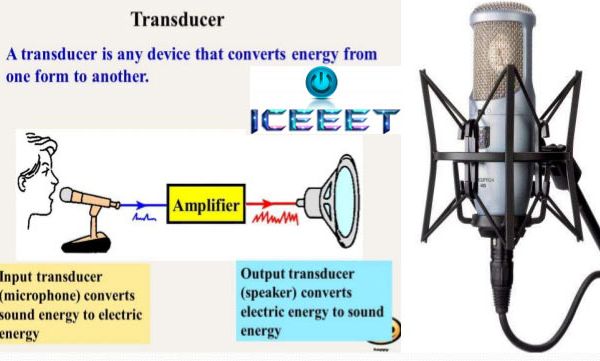 to electrical energy. The transducer does this.

1. An electronic communication system, we usually come across devices that either their inputs or outputs in the electrical form.

2. Any device that converts one form of energy/power into another can be termed as a transducer.

3. An electrical transducer defined as an apparatus that converts some physical changeable(“pressure, force, temperature, etc”) into similar variations within the electrical signal at its output.

It converts information/data into a signal that is suitable for transmission over a medium. Transmitter increases the power of the 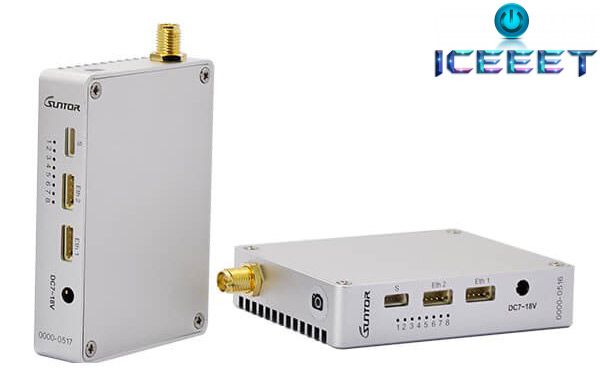 signal thro power amplifiers and also provides interfaces to match the transmission medium, such as an antenna interface, fiber interface and so on.

The operate of the transmitter is to process the electrical signal from different aspects.

Just for example in radio broadcasting the electrical signal gained from the sound signal is processed to limit its range of audio frequencies (up to 5 kHz am radio broadcast ) and is often amplified.

A channel in a basic communication system just refers to the medium through which an electrical signal travels. These media are classified into two types such as guided as well as unguided. Guided media can be directed from a source in the direction of the receiver by using connective cables. In OFC-optical fiber communication, an optical fiber is a medium. Additional guided media may comprise telephone wire, coaxial cable, and twisted pairs, etc.

The second type of media namely unguided media that refers to a communication channel that forms space among the source as well as the receiver. In RF(radio frequency) communication, the medium is space which is called air. It is the only thing among the source & receiver whereas in further cases such as sonar, the medium is generally water since sound waves tour powerfully through assured liquid media. The two types of media are measured unguided for the reason that there are no connecting wires between the source as well as the receiver.

Noise is a challenge for communication engineers. It is random and unpredictable in nature. Noise is the undesirable electric 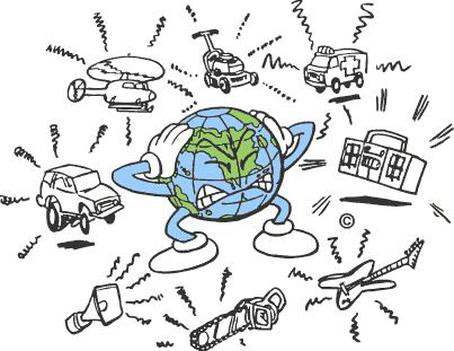 energy that enters the communication system and interferes with the desired signal.

A receiver essence the desired message signals from the received signals at the channel output.

The destination is the final stage which is used to convert an electrical message signal into its original form.

Just for example in radio broadcasting, the destination is a loudspeaker that works as a transducer i.e. converts the electrical signal in the form of the original sound signal.

There are some important applications of  communication systems are given below,

What are the goals of the digital communication system?

A digital communication system is a model to transport a message from an information source through a transmission medium i.e. channel to information fail. The goal is to attain this task such that the information is efficiently transmitted with a certain degree of reliability.

What is the analog communication?

Analog Communication could be an information sending technique in a very format that utilizes continuous data to transmit data like sound, image, video, etc. An analog signal is a changeable signal continuous in both time and amplitude which is generally carried by use of modulation.

How does digital communication work?

Digital signals can be sampled instead of continuously monitored. Data transmission, digital transmission is the physical transfer of data over a Point-to-Point or Point-to-Multipoint communication channel.

Why is digital communication better than analog?

What is the difference between analog and digital communications?

Difference Between Analog and Digital Communication. Analog signals are the continuous time-varying signal while digital signals are those which consist of discrete values. Digital communication provides various advantages such as it is immune to noise and distortion as it possesses a greater signal to noise ratio.

Why is analog better than digital?

The sleek analog signal matches the recorded sound wave better than the steps of a digital recording. Whatever the analog medium the recording is imprinted on can have tiny imperfections that cause cracking and popping noise.

Why do we move from analog to digital?

Switching from analog to digital let broadcasters provide higher images definition because a digital signal can be compressed way more than an analog signal. Using digital broadcasting, local stations are able to provide more programming to their viewers than they may with an analog signal.

Which is a better analog or digital signal?

Does digital sound better than analog? Sound is normally an analog signal. An analog signal is continuous, meaning that there are no breaks or obstacles. Some audiophiles argue that because the analog recording process is continuous, they are better at capturing a true representation of sound.