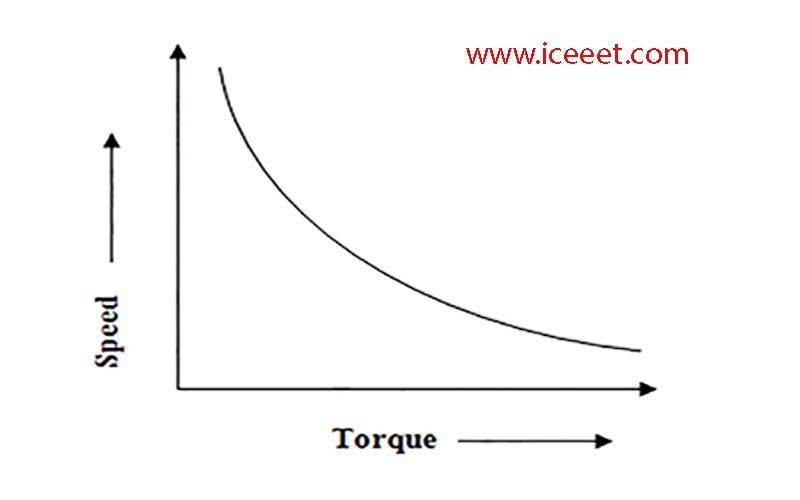 The performance of a d.c. motor under various condition can be judged by the following speed-torque characteristics:

The torque in case of a dc series motor is proportional to the square of the armature current. This relation is parabolic in nature as shown in the figure. 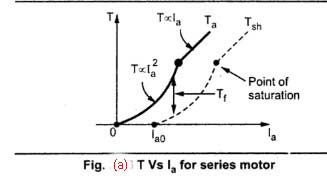 As the whole Armature current passes through the series field, there is a property of an electromagnet called saturation, may occur. Saturation means although the current through the winding increases, the flux produced remains constant. Hence after the saturation, the characteristics take the form of the straight line as flux becomes constant.

From, the speed equation, we get

Hence in the speed of the equation, Eb ≈ V and can be assumed constant. So the speed equation reduces : 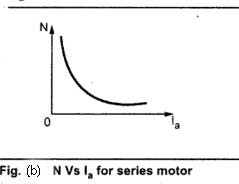 3.Speed Torque Characteristics: In the case of series motors,

Hence, WE can write,

in this way as torque increases when load increases, the speed decreases. On no load, torque is very small and hence speed increases to dangerously high value.

In this case of a Shunt Motor, 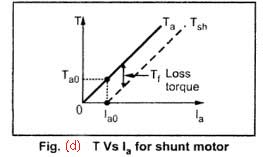 To produce high starting torque, this type of motor requires a large value of armature current at the beginning. This may injury the motor, therefore, DC shunt motors will develop moderate beginning force and therefore appropriate for such applications wherever beginning force demand is moderate.

In this case of a Shunt Motor, 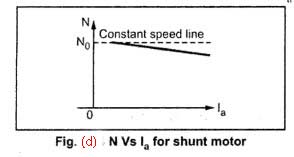 In DC shunt motor >> Speed regulation is the order of 5 to 10 % from no load to full load >> That’s why d.c. shunt motor is also known as a constant drive motor.

So from these 2 equations, we can conclude that Speed and Torque both have a linear relationship. This characteristic is samely to speed – Armature current characteristics.

This curve shows that the speed almost bone constant through torque changes from no load to full load conditions.

What Is Current Transformer(CT) | Function | Procedure

Cable Selection of HT Side or High-voltage lines 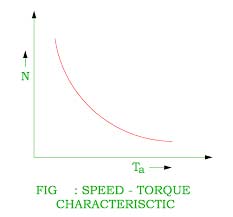