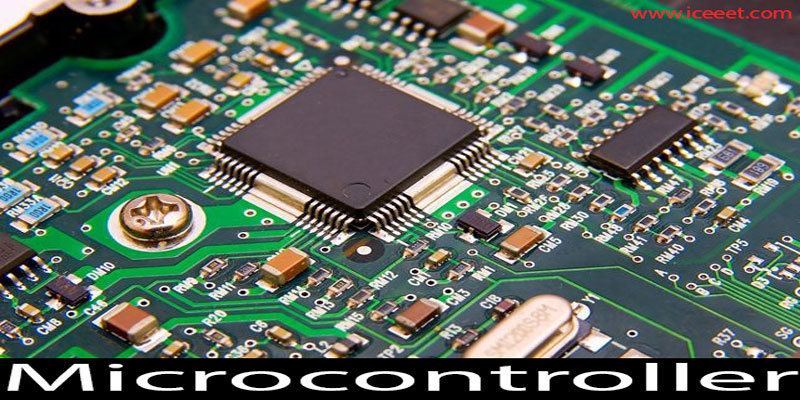 What is a Microcontroller?

Micro and Controller The two together are an English word microcontroller. Micro means small and controller means controlling. Then it makes sense that a small thing will control. It can actually be called a small computer. It has a processor, RAM, memory input/output edge at the same time.

In simple words, it is the task of performing certain tasks according to certain rules. Programming is defined as a specific rule. The microcontroller will output its output exactly as we instruct it through programming. It is also called a programmable device. You can program it as many times as you want.

Suppose we create a 7  segment clock. For this, we will need 7  segment driver IC, time counter circuit, time setting circuit, etc. The funny thing is that this can be done easily with only microcontrollers.

According to the size of processing word

According to memory connection

According to the micro-controller memory architecture

What Is a Microprocessor?

A microprocessor is basically a digital integrated circuit (IC) that normally receives data and instructions via the input bus, processes the data according to the input, produces the results, and transmits those results to the output device via the output bus. 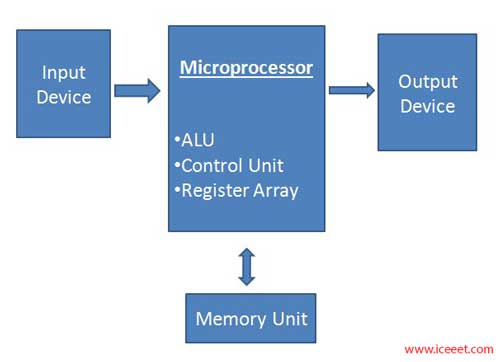 Difference Between a Microcontroller and a Microprocessor

The basic components that make up the microcontroller are shown in the figure below. Different manufacturing companies form microcontrollers in different ways. We will now look at the structure of a simple and basic microcontroller. 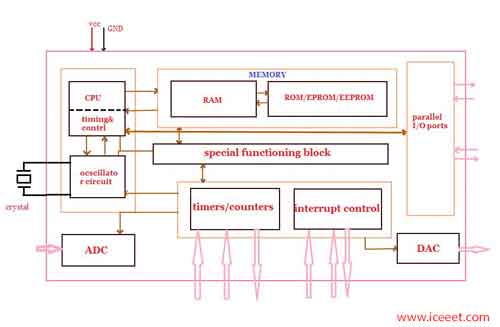 The CPU means a central processing unit made up of ALU, Accumulator, Control Unit, Flag, Stack Pointer, and some general-purpose registers. The logical functions of the microcontroller are in the CPU’s ALU. The instruction is transferred from the RAM to the instruction register. The assembly essentially converts language instruction into machine language. The required logical tasks are performed in the ALU. Finally transmits the output to the memory register.

The semiconductor memory is used inside the microcontroller where there is RAM, ROM. RAM is a temporary memory that is erased when the power supply is off, whereas data is permanently stored in the ROM.

The port that receives and emits these signals is called the input/output port. These ports are one or more resistors of the microcontroller whose bit is logically connected to the external pin of the microcontroller. You can specify the same port as input and output by the user if desired.

There are two types of ports

Most microcontrollers have one or in some cases more than one timer counter. It basically calculates time schedules, breaks, etc. Its main function is to measure the frequency and clock function. It is mainly an 8 bit or 16-bit register.

It converts the digital signal to an analog signal and controls various analog devices.

Incoming signals from various analog sensors and analog devices enter the microcontroller. But we know the CPU of the microcontroller cannot read analog data. So the signal has to be converted into a digital signal. That’s basically what this converter does.

The interrupt is another function that interrupts the normal flow of a program during a program. After executing the task, the processor goes back to the original program. This is basically the task of the interrupt controller.

The microcontroller uses complex security systems and several important things. Programming or interrupting the operation of hardware due to errors during microcontroller operation. The watchdog timer monitors this state at all times and automatically resets and restarts if there are problems with the program or hardware.

There are many types of programming languages for microcontrollers. However, programming C language flaws is better. Because C language is called the “mother” of programming. Many programmers stand in the language of C language. The best compiler for a microchip is Micropro Pick. Compile the program basically with it.

After writing the program or code correctly in C programming software, it must be loaded into the microcontroller. The device needs a device called a Load PIC Programmer / PIC Burner to load the program. It has to be installed on the computer. You can find the software only by searching online.

Some Popular Brands Of Microcontrollers

There are many other brands. 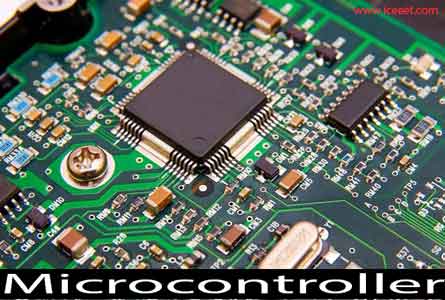 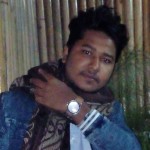