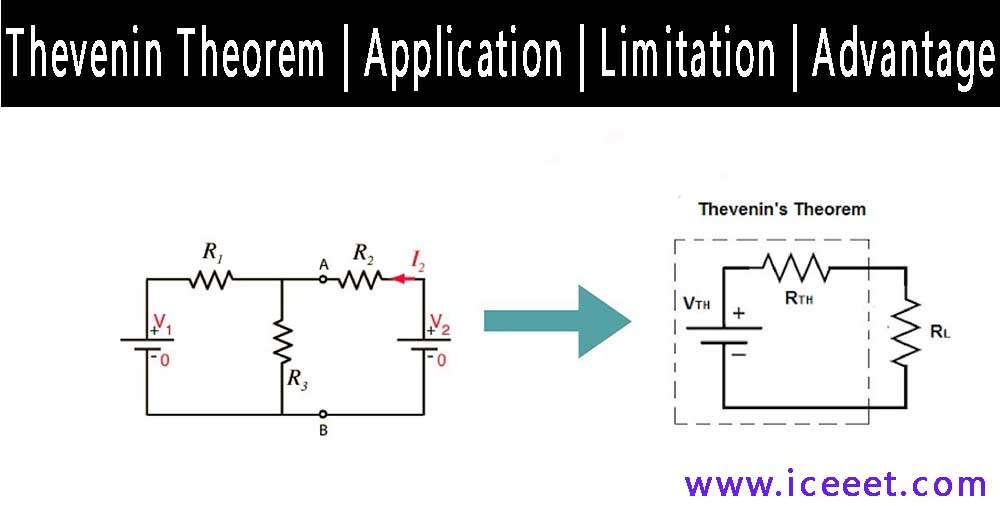 Thevenin theorem states that any combination of voltage sources, current sources, and resistors with two terminals for a linear electric circuit is electrically equivalent to a single voltage source (V) and series resistor (R). The theorem can also be applied to general impedances, not just resistors for single frequency AC systems. Any complex circuit can be represented by a Thevenin’s equivalent circuit consisting of a single voltage source and series resistance connected to a load.

Any two-terminal DC network can be replaced by an equivalent circuit consisting of only a voltage source and a series resistor.

In other words, the current flowing through a resistor connected across any two terminals of a network by an equivalent circuit having a voltage source Eth in series with a resistor Rth. Where Eth is the open-circuit voltage between the required two terminals called the Thevenin voltage and the Rth is the equivalent resistance of the network as seen from the two-terminal with all other sources replaced by their internal resistances called Thevenin resistance 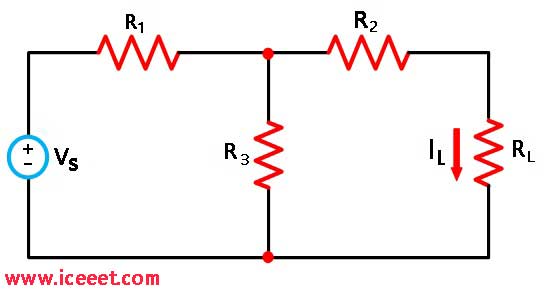 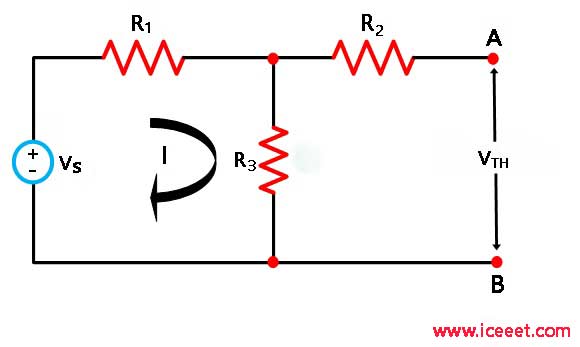 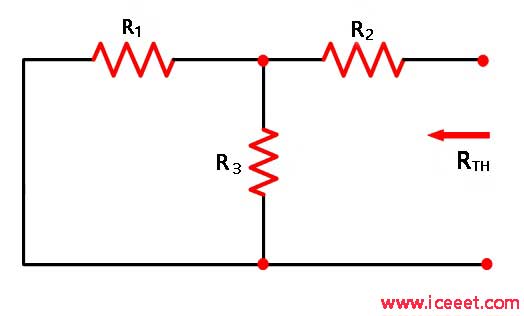 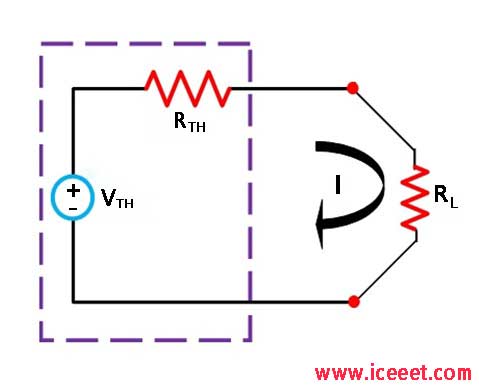 As per the Thevenin Statement, the load current is determined by the circuit shown above and the equivalent Thevenin’s circuit is obtained. The load current IL is given as

Step 1 – At first remove the load resistance RL of the given circuit.

Step 2 – By the internal resistance replace all the impedance sources.

Step 3 – If the sources are ideal then short circuit the voltage source and open the current source.

Step 5 – Draw the Thevenin’s equivalent circuit by connecting the load resistance and after that determine the desired response.

For example, consider the following circuit; 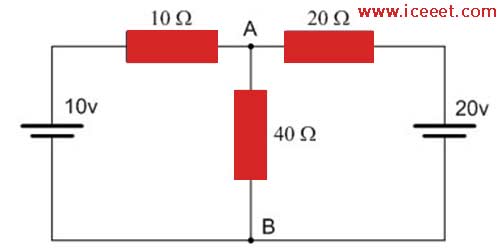 At first, we have to remove the center 40Ω resistor and short out (not physically as this would be dangerous) all the emf’s connected to the circuit, or open circuit any current sources. The value of  Rs is found by calculating the total resistance at the terminals A and B with all the emf’s removed, and the value of the  Vs is the total voltage across the terminals A and B with an open circuit and no load resistor connected. Then, we get the following circuit 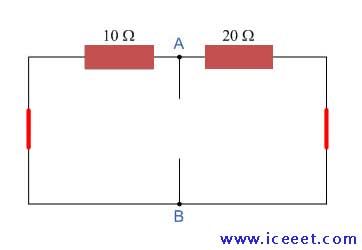 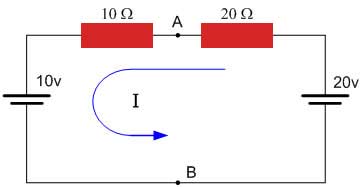 We now need to reconnect the two voltages back into the circuit, and as VS   =  VAB the current flowing around the loop is calculated as:

Then the Thevenin’s equivalent circuit is shown below with 40Ω resistor connected. 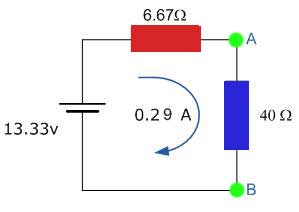 The current flowing in the circuit is given as:

Thevenin’s theorem can be used as a circuit analysis method and is especially useful if the load is to take a series of different values. It is not as powerful as Mesh or Nodal analysis in larger networks because the use of Mesh or Nodal analysis is usually necessary for any Thevenin exercise, so it might well be used from the start.  Thevenin’s equivalent circuit of Transistors, Voltage Sources are very useful in circuit design.

What are VTH and RTH?

Thevenin voltage VTH is defined as the voltage across the load terminals when the load resistor is open. Because of this, the Thevenin voltage is sometimes called the open-circuit voltage (VTH= VOC).

Thevenin resistance is defined as the resistance that an ohmmeter measures across the load terminals of the figure above when all sources are reduced to zero and the load resistor is open (RTH = ROC).