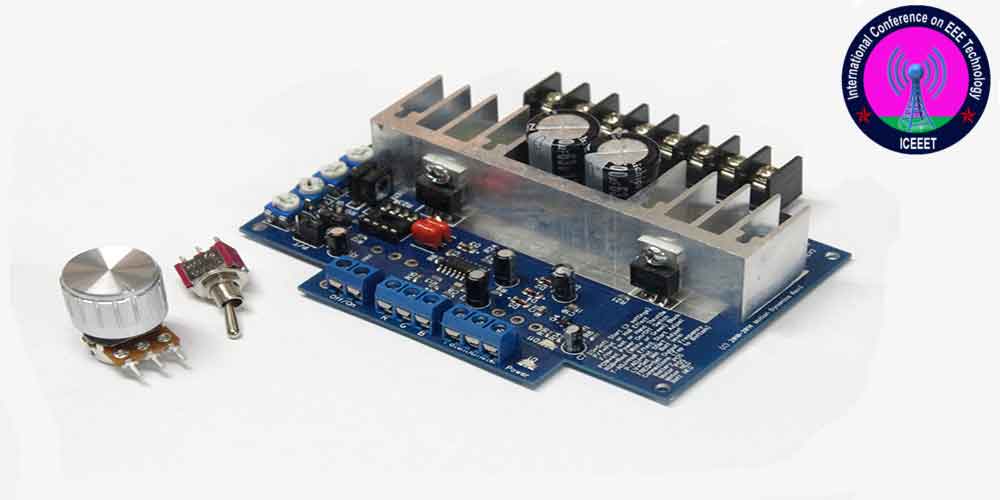 Mostly we want to control the speed of a DC motor on demand. This intentional change of drive speed is known as speed control of dc motor.

Speed control of a Direct current motor is either done manually by the operator or by means of an automatic control device. This is different from speed regulation – where the speed is trying to be maintained against the natural change in speed due to a change in the load on the shaft.

The relationship given below gives the speed control of dc motor,

Therefore, the speed of the 3 types of DC motors – shunt, series, and compound – can be controlled by changing the quantities on the right-hand side of the equation above.

Hence the speed can be varied by changing

In this system, a variable series resistor Re is put in the armature circuit. The figure (a), connection for a shunt motor above shows the process. In this case, the field is directly connected across the supply and therefore the flux Ф is not affected by the variation of Re.

The voltage drop in Re minimizes the voltage applied to the armature, and therefore the speed is reduced.

This method has the following drawbacks:

This method is only used for small motors.

Fig:(a) Speed control of a D.C. shunt motor by variation of field flux.
(b) The diverter in parallel with the series of D.C. Motor.

Any of the one systems can vary the field current of the series motor:

Here the ampere-turns are varied by varying the number of field turns. This arrangement is used in electric traction. 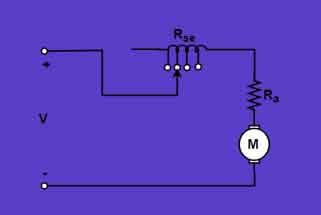 The advantages of field control are as follows:

We can control the speed of the D.C. motors by varying the armature of the applied voltage. The Ward-Leonard system of speed control works on these rules of armature voltage control. In this system, M is the main dc motor whose speed is to be controlled, and G is a separately excited dc generator. The generator G is driven by a three-phase driving motor which may be an induction motor or asynchronous motor. The combination of ac driving motor and the dc generator is also called the motor-generator (M-G) set. 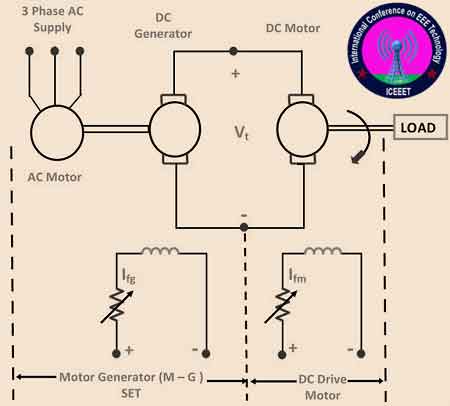 To find the speed control of dc motor we start with the equation for the DC motor’s EMF. We know that the Electromagnetic force equation of DC motor is equal to: