Wye Delta Transformation is used to establish equivalence for networks with three terminals.

Wye delta transformation and its application:

Situations often arise in circuit analysis when the resistors are neither series are nor in parallel. The transformation is used to establish equality for networks with 3  terminals. Where 3  component terminates at a common node and none are sources, the node is eliminated by transforming the impedances. For equivalence, the resistivity between any combination of terminals should be constant for each network.

2. Wye-Delta Transformation is a technique to reduce common resistor connections that are neither series nor parallel.

In many circuit applications, we encounter components attached together in one of two ways to form a three-terminal network: 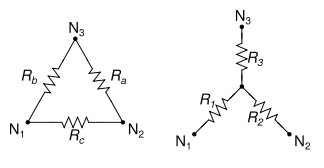 Conversion from delta to wye:

Conversion from Wye to Delta:

Where R is the symbol of resistance and measured in ohm, 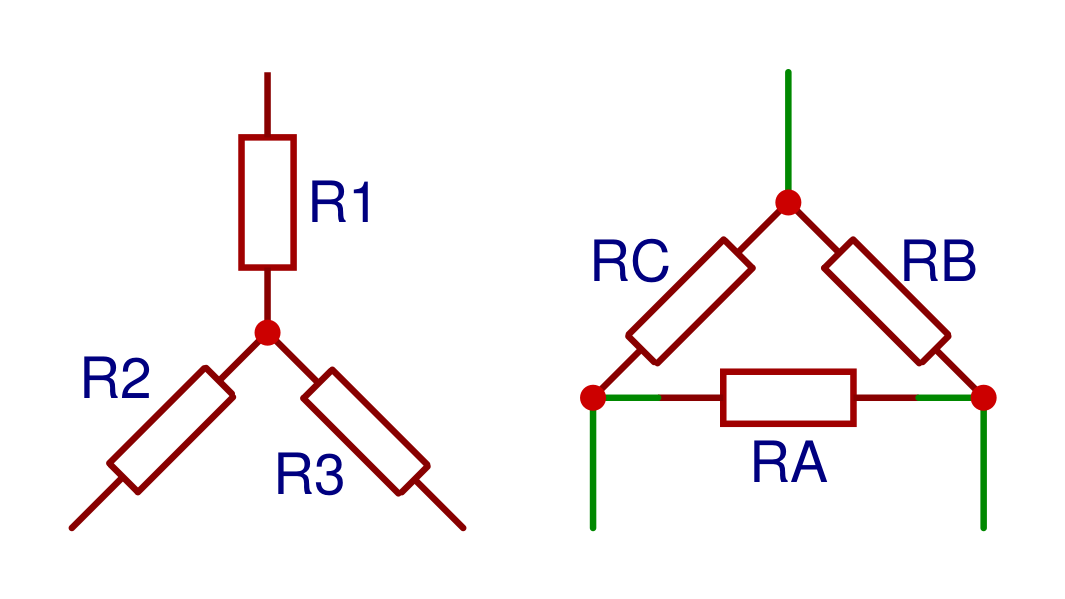