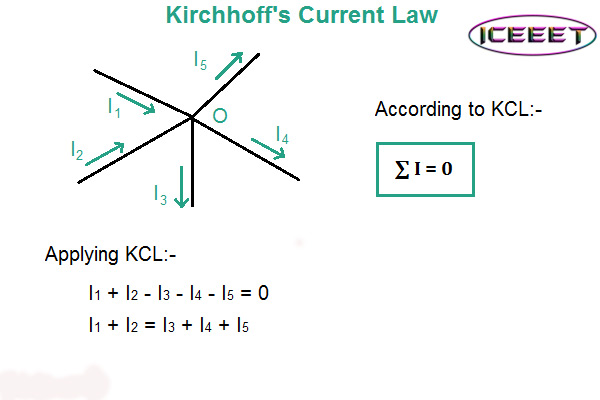 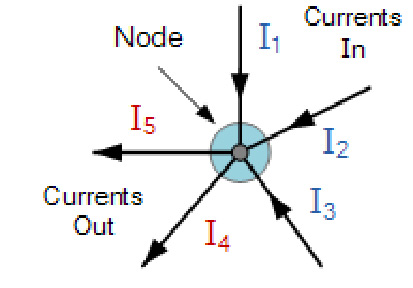 The algebraical add of all the currents coming into and going a junction is capable zero. 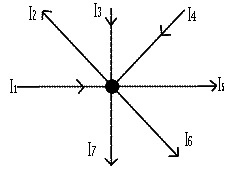 In the given, fig I1, I2, I3, 4, I5, I6, I7 are different currents in which some current leaving the point (A) and some current meeting at a point (A). We take the incoming current as positive and outgoing current as negative according to  Kirchhoff Current Law (KCL) the equation will be as follow.

From equation 2 it is clear that the sum of currents following towards points (A) is equal to the sum of the current following away from it.