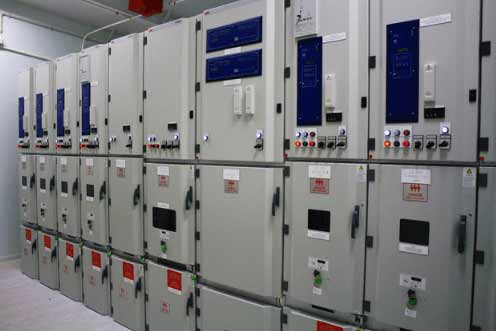 The switchgear covers an important part of the electrical sector. This article will highlight some important things about switchgear.

Switchgear: Switchgear is not a single object, it refers to the position of the electrical system’s normal activity, including connectors, detectors, and protective devices.

The components of switchgear are-

The components of switchgear

Basketball: Basketball is basically a combination of circuit breakers and isolators. There are fireproof walls around the busbar.

Busbar sectionalized: When a fault occurs in any part of the busbar, the operation of the entire busbar system is not stopped and it has the maximum success of the system in the circuit incoming and outgoing circuits of different sections.

The fuse is a short-length current capable of conducting a small and low melting point conductive current, which is capable of carrying a certain amount of current from the electrical circuit connected. The fuse protects the circuit by melting itself when excess current flows beyond a certain amount.

There are generally two types of fuses: 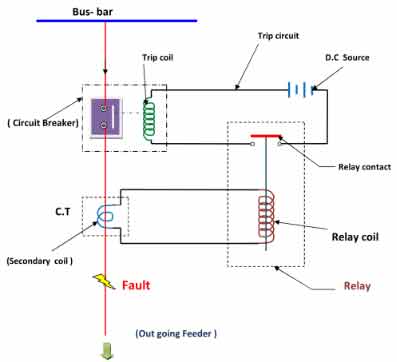 A relay is an automated device that responds to a predetermined electrical condition on the electrical circuit and assists in working other devices connected to the circuit for protection.

The relay circuit on the electrical system is located between the breaker and the City. Whenever a fault occurs in the system, the relay is automatically alerted and energizes the circuit breaker’s trip coil. This opens the circuit breaker and protects the system from danger. It is called the silent watchman or the insane watchman who always has to watch out for every flaw in the system.

According to timing specialty-

According to the type of use-

The Bukhalage relay is used to detect internal faults in the transformer. It is originally positioned between the main tank of the transformer and the conservator tank.

The circuit to which the protection relay is connected directly to the circuit is called the primary relay.

According to the American Standards Association, a relay that does not contain any armature or any rotating material, but produces the desired stimulus without solid motion magnetic or any other material, is called a static relay.

Features of the switchgear system

The essential features of the switchgear system are sensitivity, reliability, high speed, stability, extension benefits and simplicity. It is also important to have the following features of switchgear-

Electrical faults or defects of switchgear

Causes and Types of Fault: When two or more conductors come together at normal voltage, the fault is said to have occurred.

The current limiting reactor is essentially an inductive coil, which restricts the short circuit current by providing inductive reactance when needed.

Depending on the location, the types are Generator Reactor, Feeder Reactor, Busbar Reactor.

The transformer has errors

The protection systems used to detect transformer defects are:

The reasons for the over-voltage are –

Over-voltage on the power system transmission line is mainly for two reasons: