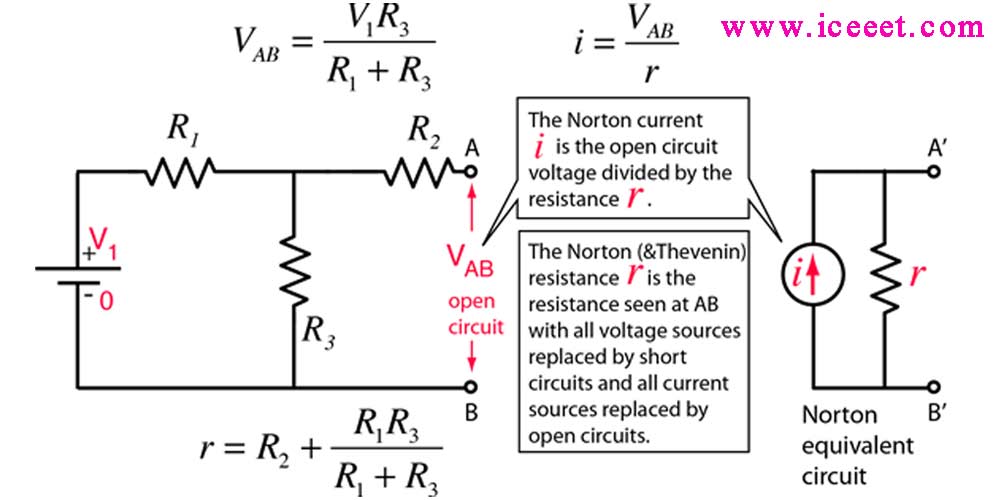 The Norton theorem reduces the networks equivalent to the circuit having one current source, parallel resistance, and load. Norton’s theorem is the converse of Thevenin’s Theorem. Its formation of the equivalent current source instead of an equivalent voltage source as in Thevenin’s theorem. The determination of internal resistance of the supply network is identical in each the theorems.

Statement: Any two-terminal DC network can be replaced by an equivalent circuit consisting of a current source and a parallel resistance.


To understand Norton’s Theorem thoroughly, allow us to contemplate a circuit diagram given below- 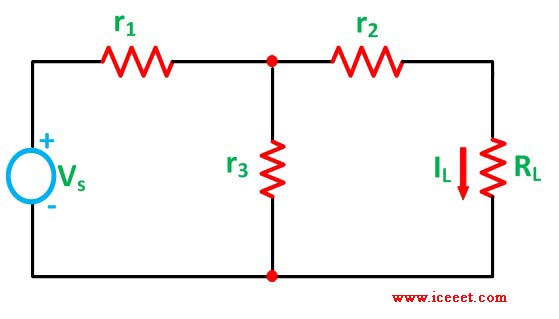 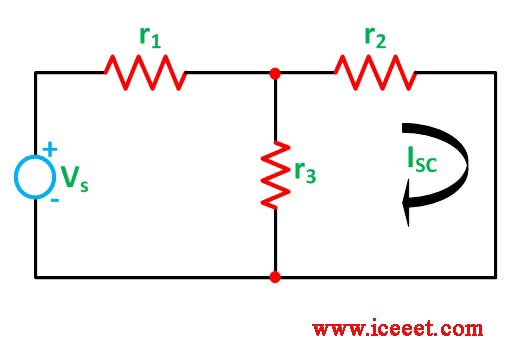 Now, the value of current I flowing in the circuit is found out by the equation

Now the short circuit is transferred, and the independent source is deactivated as shown in the circuit diagram below and the value of the internal resistance is calculated by 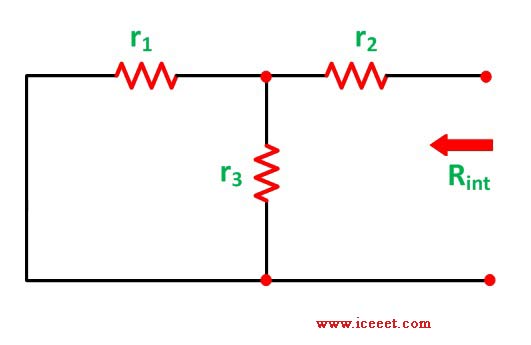 As per the norton theorem, the equivalent source circuit would contain a current source in parallel to the internal resistance, the current source being the short-circuited current across the shorted terminals of the load resistor. The Norton’s Equivalent circuit is represented as. 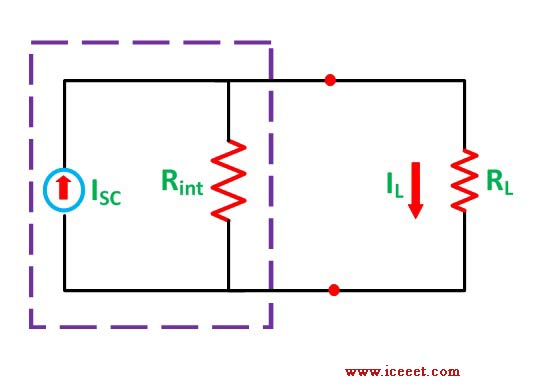 Lastly, the load current IL calculated by the equation shown below-

Step For Solving a Circuit By Norton’s Theorem

Step 1 –  The load resistance of the circuit is removed.

Step 2 – Determine the internal resistance Rint of the source network by deactivating the constant sources.

Step 4 – Norton’s equivalent circuit is drawn by keeping the internal resistance Rint in parallel with the short circuit current ISC.

Step 5 –  Again connect the load resistance RL of the circuit across the load terminals and find the current through it is known as load current IL.

What is Rectifier? Explain Different Types of Rectifiers