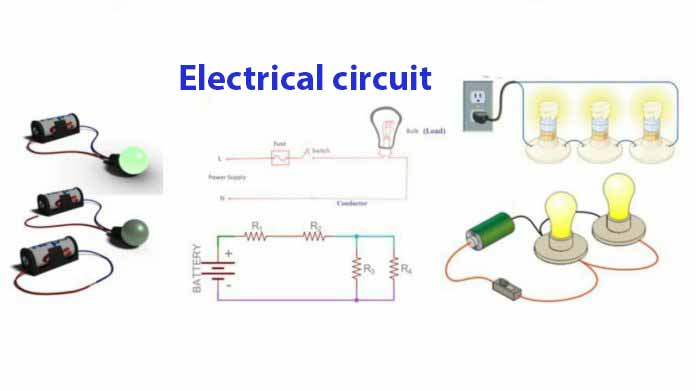 Basic Electrical Circuit – There are many questions about electrical circuits in various job siblings and written tests. Also, as a student of electrical, it is important to know the electrical circuit well. The topics that will be discussed in this article are:

What is an electrical circuit?

An electrical circuit is the means by which electricity can be easily transported through a load and return in another way.

That is, the whole circuit of electricity is called an electrical circuit.

Let’s talk about the 5 components:

An ideal circuit must have an electrical source, either from a generator or from a battery. It will then need a conductor through which the current flows.

Another important component of the circuit is the electric load. A circuit must have a load or resistance such as lamps, fans, peas, etc.

There will be a control device (eg switch) to control or control this load.

There is also a protective device (eg fuse, circuit breaker) to protect the entire circuit.

From the above discussion we learned that in an ideal circuit there are 5 components and they are:

There are three types of circuits, namely:

In the open circuit, electricity flows from one terminal of the electrical source to the other and cannot return to the other terminal.

A closed-circuit is called a closed circuit, where no part of the circuit is open or disconnected and can transmit electricity through the circuit.

The short circuit is when the power is returned from one source terminal to the other in the shortest way due to an error, without power flowing through it.

In the case of a circuit, a short circuit is a fatal error. In such circuits, more current flows than required, which causes much heat and burns if any part of the conductor is lean. And to prevent these burns, we use a fuse or circuit breaker in the circuit. As a result, whenever there is a short circuit, the fuse or circuit breaker opens and opens the entire circuit to the open circuit, thereby avoiding further damage to the circuit.

According to the structure of the circuit, there are three types of circuits 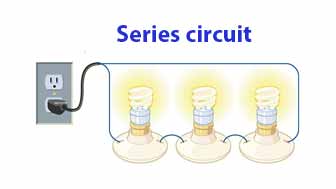 The use of series circuits

Advantages and disadvantages of using a series circuit

The disadvantages are more than the advantages of the series circuit-

Click the link below for details about the series circuit:

A circuit that has multiple paths for the flow of electricity and loads or resistances of the circuit at one fixed point and the other end at another point is called a parallel circuit. 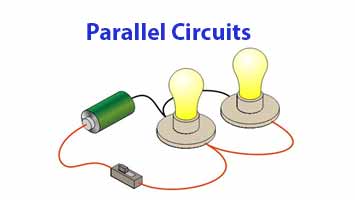 The voltage available horizontally at each resistance is equal to the supply voltage. That is, V=V1=V2=V3= …….. =Vn But in this case, electricity is divided into each resistance.

Use of Parallel Circuits

Advantages and Disadvantages of Parallel Circuits

Click the link below for details about Parallel Circuits:

The circuit in which the resistances are connected in some series and some parallel is called a series-parallel circuit. This circuit is also called a mixed circuit.

Series- Use of Parallel Circuits

Some of the rules required to perform series-parallel calculations