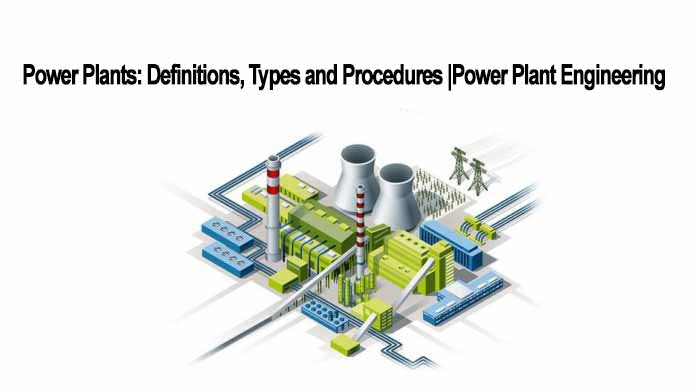 Science is at the forefront of the development of modern civilization. And the gold of this science is electricity. Without electricity, the current civilization will become dim, free and dull. Below are some of the basics of where electricity is produced – power plants or power plants.

The branch of engineering wherein the various machines, machinery, and space of the power plant is discussed is called Power Plant Engineering, that is, from technical matters to development and ultimately everything to power plant engineering.

Power plant engineering is one of the techniques of art that we can study, use, repair, preserve, operate and place in the machines and equipment of the power plant. Power Plant Engineering also discusses power generation, transmission, distribution, and its use.

In addition to protecting the balance of the environment and making more profit at a lower cost is also a matter of power plant engineering.

What is the Power Plant?

A power plant, or power plant, refers to a center or organization where electricity is produced by the use of mechanical energy.

That is, where the power is generated by the conversion of energy through a number of instruments and this power is transmitted to the nearest or far distances following the necessary steps, it is called a power plant or a power plant.

Considering the various aspects of a power plant, the power plant can be divided into several sections. The following are some of the common types of conventional power plants:

The power plants can be divided into the following categories based on the conversion of energy from different energy into power. For example:

Also based on the nature and location of the load, the power plant is also divided into the following sections. For example:

Depending on the nature of the load, the power plant is divided into two parts. Namely:

The power plant is divided into two parts based on location. Namely:

In addition to the above types, there are several obsolete power plants in the world. For example:

The power generated at a power plant is conveniently sent to the nearest or far-off for doing the necessary work by step up and step down. In addition to generators at power stations, transformers, switch gears, starting motors, controlling units, etc. are used.

The following figure shows the power generation method of a typical power plant:

At a power station, a generator is rotated to a specific rpm for a fixed frequency. This generates a certain amount of voltage at the output of the generator and this voltage is provided to the national grid by step up or step down with the transformer.